Celebrating the 40th Anniversary of Adventureland

“That was Then, This is Now”

Yesterday, at Clopas LLC, we celebrated 40 years since Scott Adams released his first game, Adventureland. We’re also celebrating where we are today and what we’ve accomplished so far. We’re very excited and feel blessed for what lies ahead.

Adventureland was the first text adventure game for microcomputers. Released in 1978, it involved the search for thirteen lost artifacts in a fantasy setting. Due to its success, Scott formed the company Adventure International, which later went on to publish twelve similar games in different settings. Unfortunately, Adventure International ended in 1985 and for the next thirty one years, Scott worked as a software engineer for a several different companies.

In 2016, Scott and his wife, Roxanne, were inspired to form Clopas LLC and later created a new style of games called Conversational Adventure™ games. Simply put, they are a new fusion of interactive fiction and adventure games using modern technologies. 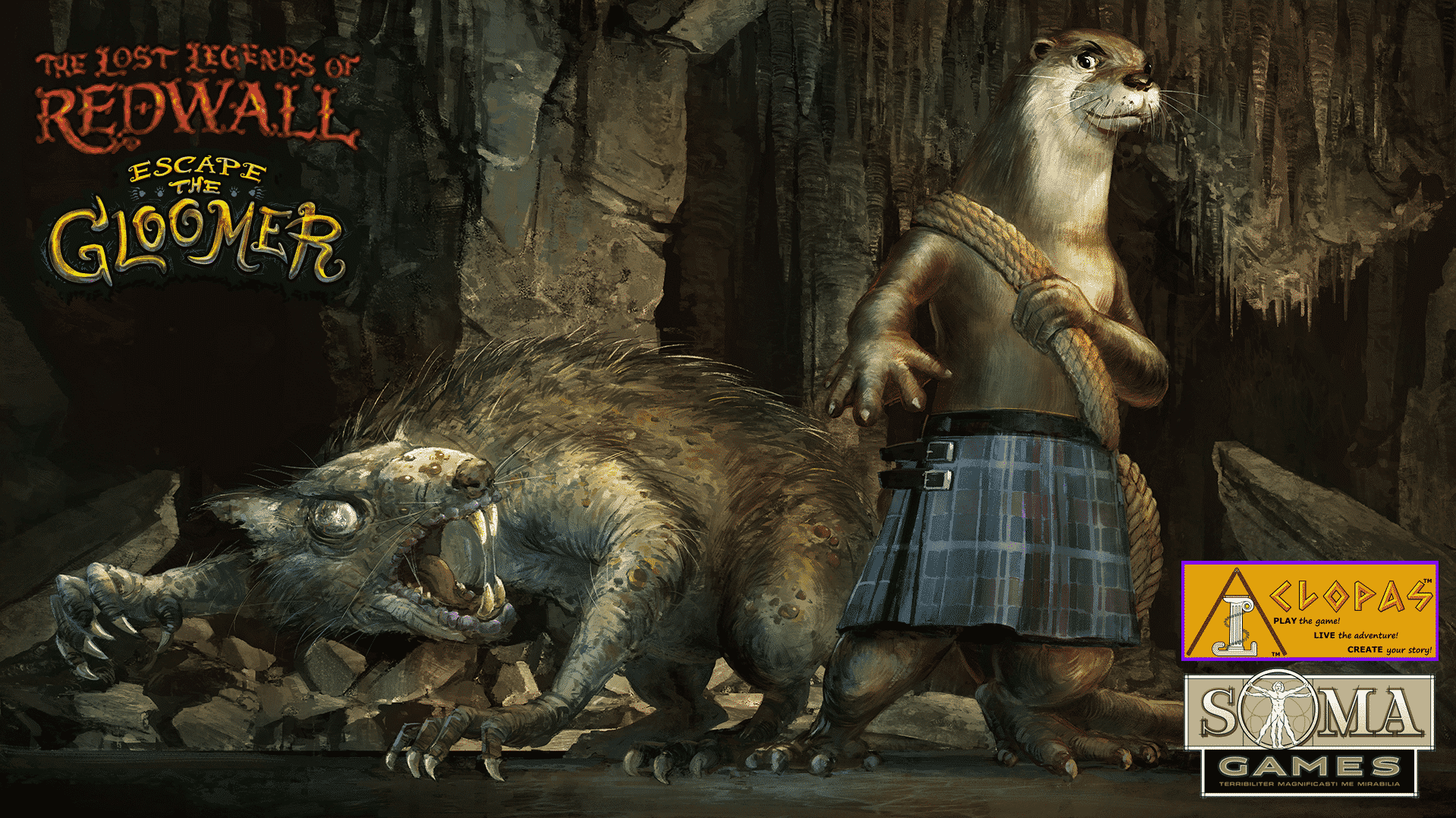 Team Clopas has currently partnered with Soma Games to develop Lost Legends of Redwall: Escape the Gloomer. Based on the wildly popular best-selling book, Mossflower, and second in the twenty-two book series by Brian Jacques, this interactive tale immerses the player in the exploits and redemptive arc of Gillig the otter as he tries to overcome his weaknesses, limited resources, and the menace of the monstrous water rat Gloomer.

Release of the game is planned for November 2018.

We plan to continue the celebration over the next year with new Conversational Adventure™ games. Perhaps even a remaster of “Adventureland”! What are your thoughts? Let us know in the comments. And stay tuned.  A new website and more content are coming soon.

Wondering what that slogan at the top of our website is about? Well, we wanted to create a short foundational statement that describes Conversational Adventure™ games. It’s essence can be described in four words: “Experience Your Heartfelt Imagination!™”

Here’s what we mean:

EXPERIENCE – We want you to live it; this is interactive, not passive. Rest on the couch if you want, but moving forward will require you to act. Our games are designed to be played out in your mind and realized through your fingertips.

YOUR – It’s personal. This is your adventure and we’re designing it with you in mind.

HEARTFELT – You are not a robot making objective decisions. You have values and beliefs at your core that matter; and if we can stir your heart in a way that’s meaningful to you, so much the better.

IMAGINATION – We are not asking you to recycle old patterns or learn an intricate series of button combos. We’re asking you to tap your mind with new directions and new possibilities. We want to unleash your potential.

Tell us your feedback in the comments.

Thanks to the artistry of Erin Marantette, Art Director at Soma Games, we have a new game icon. It features the game’s main character, Gillig the Otter with a red “R” (for Redwall of course) at bottom right. A small step perhaps, but Team Clopas is in high gear as we get closer to releasing the game on Steam.

Scott completed the last of nine chapters and Team Clopas immediately began playtesting. Roxanne, our Chief Operations Officer, has begun scheduling local area playtesters and the team is eager to examine and analyze their feedback.

Meanwhile, the Narrative team has been crafting an immersive detailed story for Players to enjoy. Using words to paint a gripping adventure, their objective is to create an open world feel while imparting an unfolding character arc for Gillig the Otter, the main character of the game.

Additionally, our Database and Programming team have been busy playtesting, creating a smooth player experience, and integrating the original art and sound effects into the game. And thanks to Soma Games, we’ve received our first audition for the professional voice acting that will be integrated into all the narrative and dialogue.

Lots of hard work is beginning to pay off. We look forward to sharing the complete game with all of you. 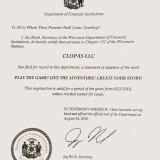 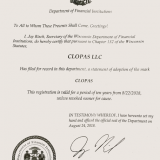 Thanks to the efforts of our Vice President, David Ababio, the four applications for our trademarks have been reviewed and approved by the state of Wisconsin. They include our company name, Clopas, our Greek themed logo, our “Play the Game! Live the adventure! Create your story!™” tagline, and the name, Conversational Adventure™, to describe the games we’re creating.

Every legitimate business needs a website. And we plan on being around for a while, so here at last is our piece of the digital landscape. Its here that we hope to create a reliable source of standard information about the studio and its offerings. Additionally we want to provide an alternative hub for those who don’t like social media. Let us know in the comments what additional features you’d like to see on our webpages.